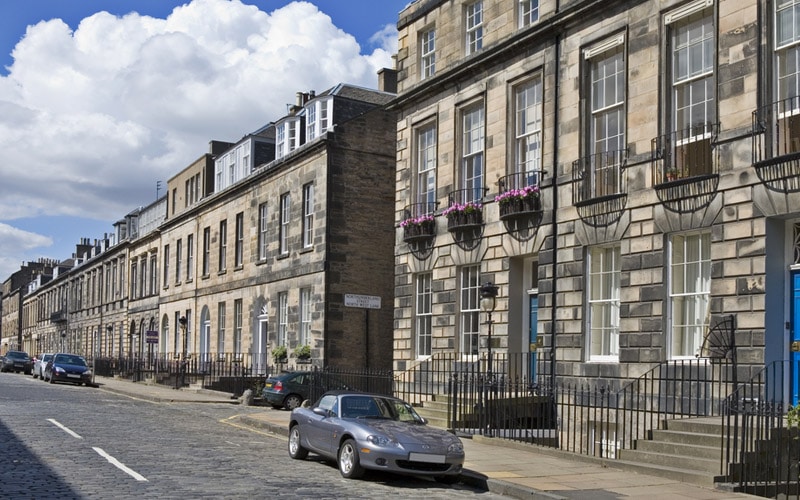 Edinburgh is once again proving itself as a millionaire’s playground, with more than half of Scotland’s most expensive streets at home in the country’s capital.

Taking out the top honour is Northumberland Street in the city’s coveted Stockbridge area, with an average property price of over £1.3 million. With properties in this street being within walking distance from Princes Street and the main shopping areas of Edinburgh, it’s hardly surprising that property values here are at the top of the list.

Ann Street in the EH4 region of Edinburgh came second on the list, with property values in the £1.24 million region. Aberdeen holds positions 3-5, with Loirsband Road, Rubislaw Den South, and Friarsfield Way (all located in AB15) taking out the honours. Glasgow had two streets in the list, at positions seven and twelve respectively, and Bishopton in Renfrewshire had the only other spot at number fourteen. This is the first time a street outside of a major city has featured in Bank of Scotland’s research, noted BoS economist Nitesh Patel.

He also pointed out that, “As Scotland’s financial and political hub it’s expected that Edinburgh would hold some of the most expensive properties. However, Aberdeen accounts for three of the top five most expensive streets providing the Granite City with a strong presence.”

Whilst some estate agents are criticising the study, noting that property prices in other streets are significantly higher than those included in this study, the emphasis is on recent transactions rather than overall property values. To be included in the survey, streets must have had at least seven transactions occurring between 2010-2015, so the sample isn’t necessarily representative of overall property values in Scotland in general.