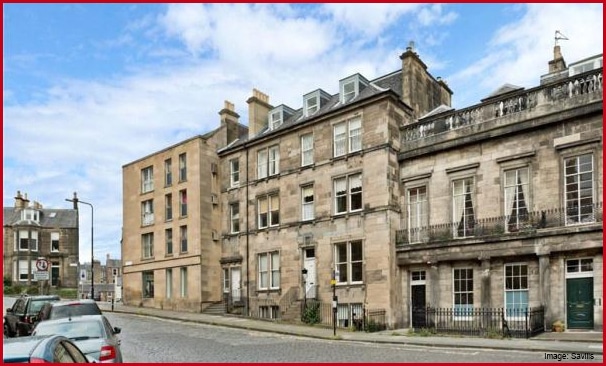 The Best Areas to Live in Edinburgh & the Lothians

Although Edinburgh is a small city of just under 500,000 residents, it’s a vibrant one, with many different communities which all have their own distinct vibe. If you’re thinking of buying a house in Edinburgh, check out these areas, which are among the best places to live in the city.

The area is very well-connected. Central Edinburgh has two train stations, and Haymarket, the smaller of the two, is situated in the West End. The tram also stops in the West End, taking you eastwards to the city centre, or out west as far as the airport, and the West End is well-served by buses in both directions.

It’s a bustling area with many independent shops, bars and restaurants enjoyed by visitors and locals alike. William Street and Stafford Street, in particular, are lined with stylish boutiques.

Once a village in its own right, Corstorphine is now part of the city of Edinburgh, but retains a relaxed vibe and community feel, making it popular with families. The main thoroughfare, St John’s Road, is lined with independent boutiques and eateries, and although it’s a little further out of the city centre, it’s a very well-connected area. There are regular buses into town, and the area is convenient for getting to and from the airport, with the airport bus passing through Corstorphine.

A largely residential area, there’s a wide variety of properties to choose from in Corstorphine, catering to all budgets. You’ll find one-bedroom flats, 1930s bungalows, semi-detached houses and large detached stone houses. Many properties in the area have gardens and parking.

It’s a great choice for young families, with a number of highly-rated schools in the area. Edinburgh Zoo is right on your doorstep, and there are also plenty of open green spaces to explore, including Corstorphine Hill, one of the seven hills of Edinburgh.

Newington is one of the best areas to live in Edinburgh. To the south of the city centre, it’s a hugely popular area with students due to its proximity to the University of Edinburgh, one of the best universities in the country.

It’s also a great choice for families, young professionals and couples, offering the very best of city living as well as easy access to some of Edinburgh’s best outdoor spaces. South Clerk Street, the main street running through Newington, is packed with shops, cafes, restaurants and bars that cater to every taste. Newington is also just a short hop from the Meadows; a large public park with a children’s play park and tennis courts, and Arthur’s Seat; an extinct volcano which sits 251 metres above sea level and offers fantastic views over the city.

There are a large number of flats for sale in Newington, in both new-build and older tenement properties, but you’ll also find larger semi-detached family homes.

Leith, to the north of the city centre, was once a burgh of its own, but was merged into the city of Edinburgh in 1920 – but Leithers still retain a strong identity to this day! Once an area with a poor reputation, Leith has drastically transformed over the last decade to become one of the most sought-after areas for those buying a house in Edinburgh.

The Shore area of Leith is a pretty waterfront destination, with several Michelin-starred restaurants as well as plenty of quirky bars and cafes to enjoy. The properties here are mostly flats, in both new-build developments and older tenement buildings.

Elsewhere in Leith, there are plenty of detached and semi-detached houses on the market, particularly around the Leith Links area, which is a popular spot for runners and dog walkers. The area is well-connected to the city centre, with a large number of buses running up Leith Walk. There are currently tram works in development, and these are expected to be extended to Leith by early 2023.

One of the prettiest Edinburgh suburbs, Portobello is a highly sought-after area, located roughly three miles from Edinburgh city centre. It’s the home of Edinburgh’s seaside, with a long, sandy promenade, and was once a popular resort for holidaymakers. Today, the beachfront is lined with cafes and bars, and Portobello High Street is filled with independent shops and cafes. There’s a great community feeling in Portobello, with several community initiatives in place, as well as a weekly Parkrun in Figgate Park, a monthly local food market, a local leisure centre (with one of only three Turkish baths in Scotland) and a library.

Portobello sits just off the A1, making it easy to get out of the city – but it’s also easy to get into Edinburgh, with regular buses. The closest train station is at Brunstane, which is around a 15-minute walk to the south of Portobello.

There’s a choice of property for all tastes, including stone Victorian townhouses, Victorian tenement flats, and new-build beachfront flats overlooking the sea.

If you need advice for first-time buying in Edinburgh – or if you’re looking for a reliable mortgage broker in the Lothians – don’t hesitate to contact us today.