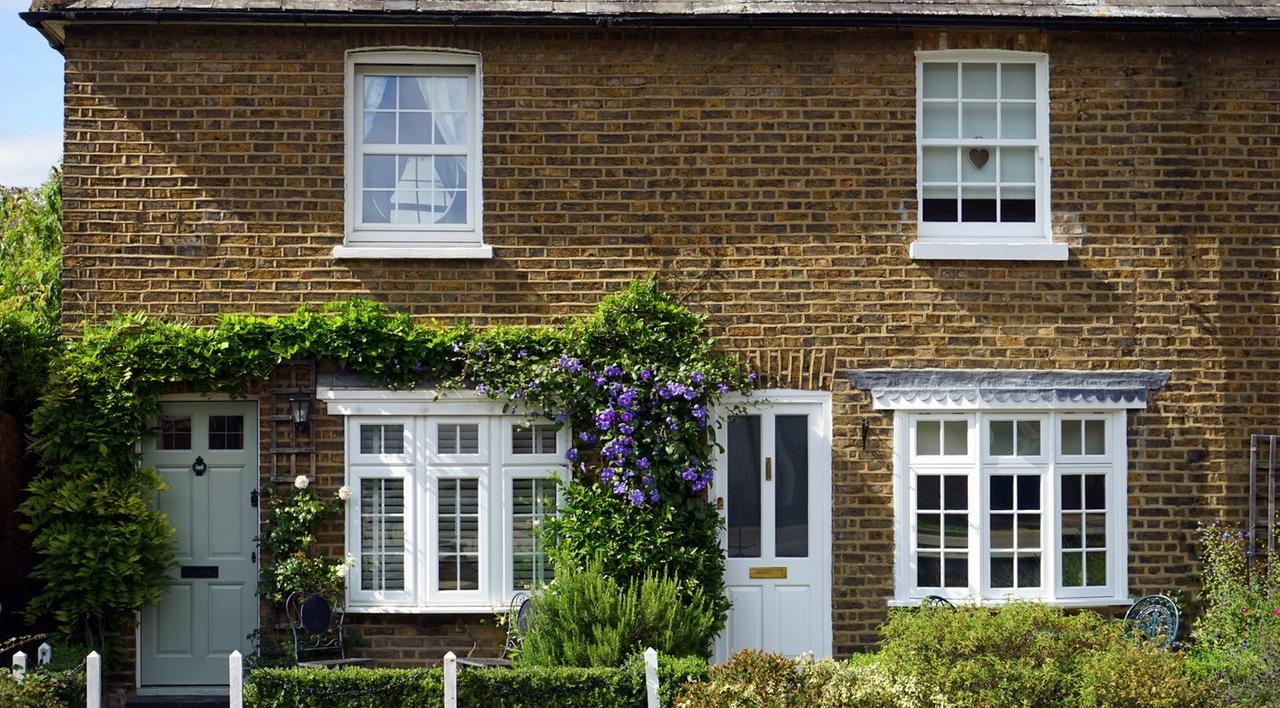 The Housing Market in Leeds & Bradford

If you’re looking to buy a house in Leeds or Bradford, one of the most important things to know is how much it will cost you. We’ve used Zoopla data to put together a list of the average house prices in both cities, including the cheapest and most expensive areas, so you can plan your move and make the most of your money.

Although there are good deals to be found in both cities, Bradford is considerably more affordable than Leeds, which is something to consider if you’re looking to maximise your budget.

The average property value in Leeds is £225,627. We’ve broken down data from Zoopla from the last 12 months by house type(updated March 2021) to give you a better idea of how far your money will go:

In Bradford, the average property value is £133,150. Breaking that down into each property type, you can expect to pay:

The most expensive areas in Leeds & Bradford

Here’s a list of the most sought-after areas in both cities. In these areas, you can expect to pay higher-than-average prices for a home.

The most expensive area in Leeds is the LS16 postcode area, which covers such sought-after parts of the city as Adel, a pretty suburb with a distinct countryside feel; Eccup, a village on the northwest edge of Eccup reservoir; and Ireland Wood, named for the Woodland Trust located within it. In this area, you can expect to pay at least £453,093 for a house.

LS17 is the second most expensive area, covering many of the city’s most affluent areas, including Alwoodley, Bardsey, Harewood and Weardley. Houses here average £432,667.

The LS18 postcode region is another expensive area of the city. This includes Boston Spa, a charming village with many Georgian houses; leafy Bramham; and Thorp Arch which is home to Leeds United’s training academy. Houses here tend to go for at least £432,392.

You can also expect to pay a premium for houses in LS29, including Burley in Wharfedale, a cute village which is roughly 11 miles from Leeds and 8 miles from Bradford. Houses in this area cost an average of £421,468.

The most expensive area in Bradford is the BD23 postcode region. This includes many small villages to the northwest of the city, including Carleton-in-Craven, which is the most northern village in the South Pennines and roughly 19 miles from Bradford. The region also includes Embsay, popular with walkers and cyclists; Kettlewell, with many 17th and 18th century houses; and the market town of Skipton. Houses here cost an average of £329,703.

BD16 is another sought-after area, covering such popular towns and villages as Bingley, a town of around 20,000 which sits on both the River Aire and the Leeds and Liverpool Canal; and the small nearby village of Eldwick. House prices here average £291,282.

The final two noteworthy areas where you can expect to pay higher than average prices are BD19 and BD11. In the former, including towns south of Bradford such as Cleckheaton and Gomersal, house prices cost at least £277,321. In the latter, to the southeast of Bradford and including Birkenshaw and Drighlington, houses average £227,607.

The cheapest areas in Leeds and Bradford

In these areas, on the other hand, you can expect to get a good deal.

Like the idea of living in the city centre? You’re in luck, as this is the cheapest area to buy in Leeds. The LS11 postcode covers the city centre as well as well as Beeston, Cottingley and Holbeck. You can expect to pay an average of £98,328 for a property here.

LS5 is another good-value area of Leeds. This includes the north-western suburbs of Hawksworth and Kirkstall, home to an annual festival of arts and crafts. Houses here cost an average of £154,351.

The LS2 postcode also covers the city centre as well as Woodhouse, a largely residential area to the north of the city centre. House prices here are an average of £155,579.

Slightly more expensive is the LS3 area, which covers part of Woodhouse as well as parts of Kirkstall and Burley, a peaceful area despite its proximity to the city centre. The average house price in LS3 is £157,032.

Finally, look to LS9 for an affordable house. This covers the diverse community of Burmantofts, with large Afro-Caribbean and Irish communities, as well as the former coal-working area of Osmondthorpe, and the largely residential area of Richmond Hill. Houses in LS9 average £164,535.

The most affordable housing in Bradford can be found in the BD5 postcode. This includes the multicultural community of Little Horton and the model housing estate of Ripleyville. House prices here average £88,379.

The city centre is another very affordable choice. The BD1 postcode, including Little Germany, with its many listed buildings; the up-and-coming area of Goitside; and the Independent Quarter, sees houses going for an average of £88,960.

In BD21, you can also expect to find good value for money. Houses here average £109,846, whilst houses in BD3 go for roughly £130,138. BD3 covers the inner-city areas of Barkerend, Bradford Moor and Pollard Park.

Finally, BD4 also offers good value for prospective house buyers. This includes Bierley, roughly 2 miles southeast of Bradford, as well as the nearby towns and villages including pretty, historic Tong, Cutler Heights, and Tyersal. The average house price here is £134,049.

If you’re looking to make the most of your budget, consider buying a house in one of Leeds or Bradford’s up-and-coming areas. These areas have all seen big increases in average property prices over the last 5 years, according to Zoopla data. If you want to make a solid investment, you should consider buying a property in one of these areas.

In Leeds, these are the LS28 and LS16 postcode districts.

LS28, covering the villages of Bagley, Calverley, Farsley, Pudsey and Stanningley, all to the west of Leeds city centre, has seen a big increase in house prices over the last 5 years. Currently, the average house price here is £295,872, an increase of 33.96%.

The other up-and-coming area, LS16, is Leeds’ most expensive area currently, with house prices averaging £453,093. This is an increase of 33.51% in the last five years, so if you’re looking for an investment opportunity, the villages of Adel, Bramhope, Eccup and surrounding areas are ones to look into.

In Bradford, consider investing in a property in either BD7 or Bd12.

BD7 sits just outside the ring road to the west of the city and includes Great Horton, Lidget Green, Scholemoor and Horton Grange. House prices here average £173,856 – which is an increase of 45.03%!

The BD12 district includes towns and villages to the south of Bradford such as Oakenshaw, Wyke and Delph Hill. The average price of a property here is £245,238 – an increase of 42.41%.

How far will your money go in Leeds & Bradford?

The amount you can get for your money varies dramatically across both cities. In the expensive Leeds area of LS16, for example, the most expensive property on the market currently is a 4-bedroom semi-detached house, with offers over £900,000. In the cheapest region, LS11, the cheapest property is a one-bed flat for £45,000.

In Bradford, the most expensive property currently on the market in the sought-after BD23 region is an incredible 5-bed detached house for a whopping £2,150,000. In BD5, however, you could get a 2-bed flat for just £20,000.

If you’re thinking of buying a house in or around either of these cities, there are a range of options for every budget. Bradford in particular has some good deals depending on where you choose to live. The inner-city areas of both cities are far more affordable than the leafy suburbs, but it’s entirely down to whether you prefer the access to amenities and transport that the city offers or the green spaces of the suburbs and surrounding villages.

If you need advice for first-time buying in Leeds or Bradford – or if you’re looking for a reliable mortgage broker in West Yorkshire – don’t hesitate to contact us today.

If you’re in a position to buy your first home – and you’re considering moving to Glasgow’s West End – this post is for you. Based on their amenities, unique attributes and value for money, here’s our pick of the best areas to live in one of Glasgow’s most sought-after suburbs. 1. West End From […]
Read more
First Mortgage

Home insurance is one of those things that we all need. It doesn’t matter if your home is big or small – it’s yours and it needs protection. Working out what you need and whether it’s enough is the tricky part. Below, we’ll run through some common questions and issues, filling in the gaps when […]
Read more
First Mortgage

You know that glorious feeling when you get the whole house to yourself? Well, how about an entire village? If you’ve ever lived in Edinburgh during the Fringe, you’ve probably felt the urge to go somewhere…uninhabited. Well, here’s your chance! This adorably tiny village on the Isle of Skye has just gone up for grabs […]
Read more
First Mortgage

Buying a home can be a frustrating, emotional, but ultimately exhilarating experience. When it’s your first home however, you don’t have the benefit of experience behind you, so it’s easy to feel like you’re on the back foot. We know the feeling! With thousands of happy clients behind us, we’ve gathered eleven of the most […]
Read more
First Mortgage